Podcast Episode 5 Overview: The Myths And Facts About Power And Control Relationships – with Helen Isenhour 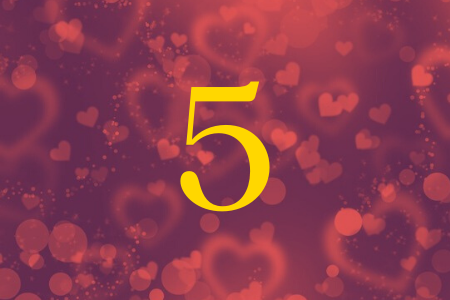 In our last podcast we looked at what constitutes intimate partner violence, and today we are going to get to the bottom of the facts about power and control in intimate relationships – there is a lot of talk out there and it can get confusing – so let’s try and clear up some understandings (and maybe misconceptions).

I have Helen Isenhour with me again today.

Helen hails from Australia and is a qualified Social Worker, Counsellor, and a trained Mediator, and has worked with many groups of people including: adults with disabilities; children and young people in Out of Home Care; women and children experiencing domestic violence; perpetrators of violence and families experiencing separation. Helen currently works in the area of mental health and has a passion for empowering people in their lives and relationships.

Let’s pose these questions to Helen and see if together we can gain clarity:

When we speak about power and control in intimate relationships (or intimate partner violence) aren’t we really talking here mainly about physical abuse?

No – there are at least 11 types of abuse that can be experienced in these relationships and only one of those is physical abuse. It is a common misconception that domestic violence is about being physically assaulted; intimidated or physically threatened (and if those things aren’t occurring then you are not in abuse) however this is not the case.

Physical abuse can be used initially in a relationship to establish dominance and then some perpetrators will control the other person just with the threat of physical violence. In many cases where physical abuse occurs the abuser very often hurts victims in parts of their bodies where the injuries won’t show. In fact, many victims I have worked with have stated that they would prefer if the abuse was physical – as it would then be real evidence to others of the abuse.

What about anger – is the abuser just having a bad day and letting their anger get out of control?

The abuser is responsible for the abuse – there is no excuse – and the majority of people that display anger do not dominate and control their partners. The actions of abusers are very deliberate. Usually perpetrators of domestic and family violence are never violent outside the home or in public, even when angry or under stress.

Anger and having a “bad day” is never an excuse for intimate partner violence – violent behaviour is a choice. Violence is caused by an individual’s attitudes towards women, and the social and cultural influences that say violence is ok.

What about drugs and alcohol – a lot of people say their partners are Ok until they drink – is this really a problem underpinned by substance abuse?

While some intimate partner violence does occur or increase with substance use – drugs and alcohol do not cause domestic violence, and cannot be used as an excuse for abusive behaviour. Statistics seem to indicate a connection between alcohol and drug abuse and domestic violence, but some researchers question the cause-and-effect relationship. Studies of domestic violence frequently document high rates of alcohol and another drug (AOD) involvement, and AOD use is known to impair judgment, reduce inhibition, and increase aggression. Some statistics indicate that up to 2/3 of reported domestic abuse reports involve substance use.

Aren’t the people who use power and control in relationships “unwell” or they have had a tough childhood themselves?

Research does not support this view. Most men who use violence against family members demonstrate acceptable behaviour in other settings. Many are considered respectable members of the community, and other people are often reluctant to believe they could be abusive.I hear people say that the victims in these relationships actually “bring it on themselves” and purposely provoke the abuser – that they are to blame as well – is that true?

No one deserves to be abused. The only person responsible for the abuse is the abuser. Abusers tend to blame the victim for their behaviour, and friends and family often hear only their perspective. The victim is so often blamed for the abuser’s behaviour that they can internalise the blame and blame themselves for what is happening and make excuses for the abuser.

Why can’t the victim just “stand up to them”?

Many victims live in fear of the abuser and standing up to the abuser can lead to an increase in abuse – as the perpetrator now needs to use more force in order to control the victim. Remember – the abuser is wanting to maintain dominance and control over the victim, and if the victim challenges the dominance of the abuser – the perpetrator will need to increase the force of their tactics to maintain control. Learning about the abuse enables victims to gain support, and develop a plan to leave the relationship  (that prioritizes their safety)

Don’t these victims seek out these types of relationships?

There is some research that indicates certain types of abusers actually seek out a certain type of partner – one who may be vulnerable at that point in time, is susceptible to the grooming and charm of the abuser, who has a certain type of dream that the perpetrator can say they can “fulfil” (e.g having children etc). The perpetrator can use these circumstances to “groom” the victim and those around them that they are “the answer” or “the one” – leading to a dynamic in which the victim can “hang in there” once the abuse starts as this person has convinced them that they are the only ones who can fulfil all their dreams.

Some studies indicate that people who have grown up in extreme violence may be desensitized to violence and therefore find themselves in violent relationships that feel “normal” to them.

If the children don’t directly see and hear the violence they won’t be effected?

Children are significantly negatively  impacted by living in a home where domestic violence is present and “being a witness” to domestic violence does not mean literally seeing or hearing the violence – but rather it means living in the environment where the abuse is occurring.

Children living with domestic violence suffer emotional and psychological trauma from the impact of living in a household that is dominated by tension and fear. These children will see their mother threatened, demeaned or physically or sexually assaulted. They will overhear conflict and violence and see the aftermath of the violence such as their mother’s injuries and her traumatic response to the violence.  Children also may be used and manipulated by the abuser to hurt their mother.

Domestic violence is never an OK environment for children.

In my work as a psychotherapist and coach, I see the legacy of this in terms of who the children of abusive environments may choose as partners. Because there have been many forms of abuse which were considered the norm in their childhoods, it becomes the water they swim in and they don’t notice when their boundaries are crossed or they are disrespected or abused.

The abuser can change – the victim just needs to help them and support them to change – discuss:

While a small number of abusers do change, the change occurs with intensive support and over time. Research does not indicate that men can change “by themselves”, and there is no evidence at all that a victim can support their partner to change. In fact, research indicates that abusers highly resist influence from their partners, and while women may think they can help the abuser change – they cannot. The abuse is underpinned by denial, minimisation and blame – three key ways of seeing the world that (if anything) prevent change.

Once the victim realises they’re in a power and control relationship – why don’t they just leave?

There are many reasons why a woman may not leave, including extreme fear for herself, her children and even pets. Women are at most risk of serious harm or even death when they are leaving their abusive partner. Also women face significant practical barriers to separating from their partners, including a lack of money and housing options. Due to the effects of the abuse, many women lack confidence in their own abilities and accurate information about their options. Not leaving does not mean that the situation is okay or that the victim wants to be abused.

What about taking legal action- doesn’t that just make it worse?

Domestic violence is a crime and legal sanctions must be enforced.  It has been shown that legal sanctions can limit the abuse and go towards protecting the victim, however many perpetrators will make extreme threats to the victim if they seek help – this stops many from seeking assistance.