Podcast Episode 6 Overview: The Cycle Of Power And Control And How It Affects Victims And Children – with Helen Isenhour 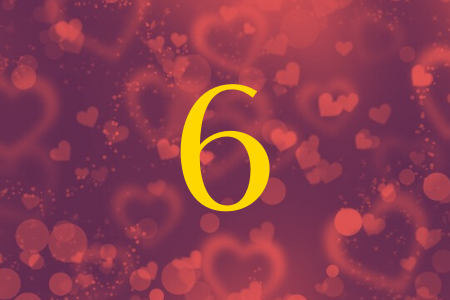 I have Helen Isenhour with me again today.

Helen hails from Australia and is a qualified Social Worker, Counsellor, and a trained Mediator, and has worked with many groups of people including: adults with disabilities; children and young people in Out of Home Care; women and children experiencing domestic violence; perpetrators of violence and families experiencing separation. Helen currently works in the area of mental health and has a passion for empowering people in their lives and relationships.

You mentioned earlier that power and control behaviours in a relationship can take on a kind of pattern – can you tell us more about this?

The behaviours that the perpetrator uses and the pattern of how these tactics and behaviours are seen in an intimate relationship is often referred to as the “cycle of violence”. The cycle of violence looks at the repetitive nature of the abusers actions that controls, instils fear and hinders a victim’s ability to leave an abusive relationship. Women who have experienced violence may recognise this cycle.

The cycle of violence theory was developed in 1979 by Dr Lenore Walker and has a number of versions. The stages of violence that is often used describes the following 6 stages:

The victim hears these so often that they can internalise the blame and believe that the violence is all their fault.

So does this cycle/pattern always occur in this way?

Not always – however most victims recognise aspects of this cycle. In some situations there is so much violence that the cycle misses out on the remorse, buy back and usual stage – just going instead from explosion to build up/stand over and explosion again. Some situations may take a week, month or year to move through the cycle – others may experience the cycle repeatedly in one day.

There is evidence that over time the cycle increases in both frequency and intensity. And as previously mentioned – evidence indicates that the cycle will not stop on its own – in fact- the cycle of abuse can continue long after the relationship is over (post separation violence). Remember – this cycle is the abusers cycle – and it is the abusers responsibility (never the victim’s).

Talk us through the feelings of the victim while this cycle is happening – what is it like being on the “other end” of this?

Just remember – domestic violence is a crime, it is intentional, and is a system and pattern of behaviours used to maintain control. Domestic violence has a huge impact on victims –and it has been likened to being a victim of torture and often results in PTSD.

Common experiences of victims include:

What about children – are they affected by this – especially if they are not in the room while this occurs?

Yes – children are effected by domestic violence as it is the entire environment that they are exposed to (including the fear and tension) that negatively impacts them.

Some of the impacts on children include:

What is the effect here on the overall family?

Domestic violence can resemble more of a prisoner situation than a family, and the family almost always keeps the abuse a secret due to fear. The family are often held “hostage” by the abuser – and are unable to function without fear and without being dominated and controlled. Domestic violence can be very subtle and therefore very difficult for the family to validate or describe – it is part of the abuse itself that it can be hard to describe and “put your finger on”.

The impact on family members will depend on:

Are there any long term effects here – or is the main effect just “in the moment”?

Evidence demonstrates very clearly the long term effects on victims of domestic violence. There are too many impacts to mention here – however some of the long term impacts include: